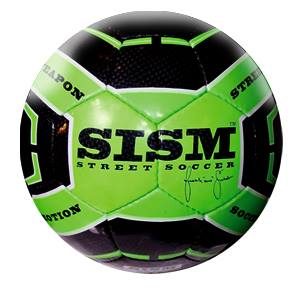 Choose your weapon...
Highlights of the Street Weapon balls, including the custom ball made for Powerade on the nationwide tour (left side video). On the right side check out the street DGI Style of Play Jam where the street scene puts the Street Weapon balls to use at the feet of legends such as Jean Doest, Soufiane Bencok, Sean Garnier, and many others. SISM is a proud sponsor of the Danish Street Soccer League!

Soccer in Slow Motion has been called on to provide custom street soccer balls for some of the biggest names in the world. Here are two balls made for McDonald’s and Powerade. (Balls are not available for purchase)